The Austin Parks and Recreation Department recently released its Draft Zilker Park Vision Plan, the result of a community-driven planning process to establish a guiding framework for the restoration and future development of Zilker Park. Situated within the park, Zilker Girl Scout Cabin—a facility owned by the City of Austin to which Girl Scouts has been granted usage for over 80 years—is an element of the vision plan. The City’s vision for the future of the park will impact if and how the site may be used, accessed, and upgraded in the future.

While Girl Scouts of Central Texas (GSCTX) is largely pleased with how Zilker Girl Scout Cabin is represented within the draft plan, we feel that greater clarity is needed on specific components to fully explain the City’s vision for the cabin. We encourage you to review the Draft Zilker Vision Plan and provide your feedback regarding the vision for Zilker Girl Scout Cabin to the City by January 8, 2023. On the community feedback site, once you complete your demographic information, you will have the option to provide commentary in the free-form field at the bottom of the page or comment directly within the report using the tool provided. Feel free to share your own thoughts on the plan or use the talking points below as a guide: 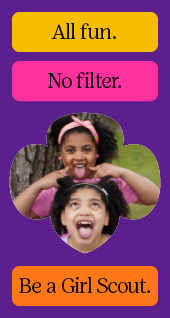